When a spinal condition got to the point of preventing Marine Corps. veteran Frank Tagle from enjoying his family, he knew he needed to do something. Frank had been told he needed to have spinal fusion surgery, but he didn't want that. He wanted to retain motion and continue to perform his physically active job. Frank took matters into his own hands and sought out disc replacement surgery at the Center for Disc Replacement at Texas Health Center for Diagnostics and Surgery in Plano, Texas.

It started as a normal military exercise for Frank Tagle.

His Marines Corps. team was practicing urban assault, and Frank would be the team climber. His mid-20s frame and strength enabled him to scale a building without the help of rope, cables, or hooks. Only when he had climbed three stories to top, then he would anchor down rope for the rest of his team to climb up and follow.

Today it was raining. Just a drizzle, so Frank didn’t worry and took on the building as usual. He bent his feet, locked his hands behind a storm drain, and pushed up against the wall.

He shimmied his way up to about the second floor. Then he slipped -- and fell to the ground below, flat on his back.

Frank thought nothing much of it as he dusted himself off, climbed back up, and finished the training. But as the day progressed, his body got tighter and stiffer.

Everyone put away their weapons, putting on shorts and T-shirts to play football. The ball hurtled high above Frank’s head, and when he reached up to catch it, he collapsed. He couldn’t feel anything below his waist, and attempting to move was excruciating.

That moment marked a 15-year struggle with pain, incapacitation and waning hope.

Episodes went from every two years, to every year, to every four months, down to about every two months. His pain and inability to exert himself beyond what was absolutely necessary ate away at his quality of life -- and sadly, the quality of time with his family.

“I couldn't enjoy my kids. I couldn't throw my daughter or my son up in the air, I couldn't hold them in my arms for a prolonged period of time. My back was just so weak and so painful.”

In 2015, Frank knew something more serious was wrong. Nerve damage was setting in the longer he prolonged therapy, treatment or surgery. A neurologist briefly helped for 10 months. But something else had to be done. 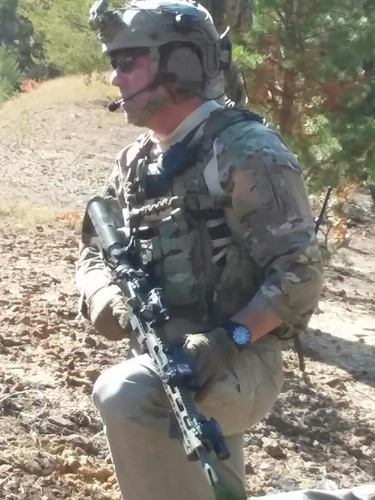 Frank had researched different types of surgeries. The headache of working with VA doctors and insurance came to a head when a doctor tried to push the one thing Frank, working as a federal agent, did not want: fusion.

“My job depends on my physical fitness,” Frank says. “My career depends on me being able to endure hours upon hours wearing 60 pounds, running, jumping, shooting, climbing and fighting; everything the taxpayers have asked me to do. My forte is out here in the field with my team, with my agents, doing what we do. This is where I want to end my career.”

That's when Frank reached out to the Center for Disc Replacement at Texas Health Center for Diagnostics and Surgery (THCDS), and they got Frank in touch with Dr. Jessica Shellock about disc replacement surgery. 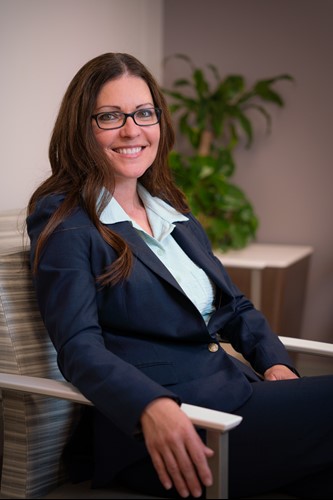 “I had been surrounded by all these doctors and therapists, all these naysayers, that kept telling me there's no way you can fix my back, and that surgery won’t work; I’d just to have to preserve what I have now,” Frank said. “But then I met Dr. Shellock, and got disc replacement surgery, and she changed my life for the better.”

What is disc replacement surgery?

Most traditional views on spine surgery center on spinal fusion. This procedure removes the motion at a given segment in the spine. In the low back, there are five mobile segments; when motion is taken away from any of these segments, the levels around it, start working harder to compensate. They wear out faster, and that leads to the increased chances of additional surgery after an original spine surgery.

Disc replacement surgery came along with the goal of being able to preserve motion instead of doing a spinal fusion. It also keeps the spine segment above and below it from wearing out faster, decreasing the chance of requiring another surgery in the future.

In April 2020, the FDA approved the 1st two-level lumbar disc replacement for a specific device called the Prodisc-L.

“THCDS has collaborated with our practice and our Center for Disc Replacement to provide what we consider to be a boutique experience for patients seeking out disc replacement,” Dr. Shellock says. “I've worked here for 12 years and the service provided is fantastic.”

Frank had been expecting a typical doctor’s visit. But all of the staff showed attentiveness that was the perfect prelude to meeting Dr. Shellock, and eventually being under her care moving forward. It set the tone for the surgical experience with the hospital later, which he called “first class.”

“I was expecting the typical scenario: doctor walks in, looks at you for a few minutes, asks one or two questions and then they're gone,” Frank says. “That was the blueprint in my mind from all my surgeries I've ever had until I met Dr. Shellock and the professionals from the Texas Back Institute. It was just a complete 180 degrees.”

July 2020 Frank ending up having a two-level lumbar disc replacement at THCDS. After the surgery, Frank woke up to something he hadn’t felt in two decades: cold feet.

He had worn shorts and flip flops in 20-degree weather before it never bothered him. He had no idea how much nerve damage he had done to himself. Standing up, walking around, stepping into the shower where he could finally feel every drop of water. It brought perplexed and grateful tears to his eyes.

Dr. Shellock encourages all patients who are facing the prospects of spinal surgery to take a step back if the only option they’re being offered is spinal fusion.

“The thing is, not everybody knows how to do disc replacement, or at least how to do it well, so it's often not offered to patients,” Dr. Shellock says. “If it's not offered to you, then you don't know it's an option -- you can't make an informed choice as to what's a better option for you. Let somebody like myself or one of my colleagues at the Center for Disc Replacement at Texas Health Center for Diagnostics and Surgery take a look. There's a chance artificial disc replacement surgery is an option for you.”

As for Frank Tagle, he is still in the field he loves most doing what he loves best. His quality of life and career has returned. He can now do with his two younger kids what he couldn’t do with his two older kids. He got a second chance.

“I can’t thank Dr. Shellock and the Center for Disc Replacement at THCDS enough. They saved my life.”

If you are looking for help with a herniated disc or any other spinal condition, reach out to us today.  Our experienced patient navigator can help get you connected to a spine surgeon on the medical staff at Texas Health Center for Diagnostics and Surgery and get you on your way to living without back or neck pain.