One factor that is consistent between both men and women golfers is that, back pain will often result when improper body mechanics and equipment is used for the sport. Dr. Scott Blumenthal, an orthopedic spine surgeon on the medical staff at Texas Health Center for Diagnostics and Surgery, has treated a number of men and women for back pain caused by playing golf. He outlined some gender differences that should be taken into consideration. 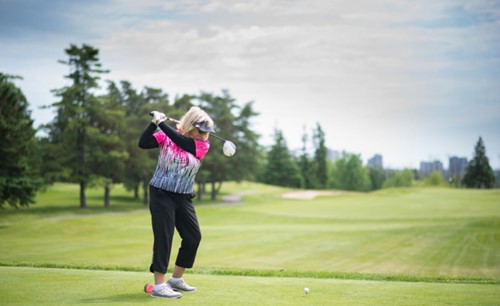 As one of the "lifetime" sports, such as tennis, jogging and cycling, golf is one of the most popular among both genders. The Professional Golf Association and other sources estimate that there are about 25 million recreational golfers in the United States and about 25 percent, or 6.2 million, are female. The popularity of this sport among women has been driven by several factors including the popularity of LPGA, especially among younger women, the recognition of the aerobic benefits of playing golf and gender-specific equipment, such as women's golf clubs.

As the online publication Golfweek notes, even though most of the same principles apply to men and women learning golf, “fundamental differences exist between a man's and a woman's golf swing. Because men generate more clubhead speed and are taller and stronger, it is essential that men and women buy equipment suited for their gender, as the equipment is designed to make the most of the key differences in swing styles and speed. In particular, women's golf clubs are usually shorter, have lighter more flexible shafts and the grips are smaller."

One factor that is consistent between both men and women golfers is that, back pain will often result when improper body mechanics and equipment is used for the sport. Dr. Scott Blumenthal, an orthopedic spine surgeon on the medical staff at Texas Health Center for Diagnostics and Surgery and Co-director of the Center for Disc Replacement, has treated a number of men and women for back pain caused by playing golf. He outlined some gender differences that should be taken into consideration.

Venus and Mars on the Golf Course

"Golf pros know that most women have a slower swing speed than men, and they generate less power," Dr. Blumenthal said. "This can impact their ability to hit the ball farther and requires different clubs. This is part of the reason the women's tee is placed above that of the men."

"Women traditionally have wider hips than men," Dr. Blumenthal said. "This causes a more dramatic weight shift during a swing and has the potential for causing back muscle strain."

Golf pros who work with women note that typically, a golfer's feet should be shoulder-width apart at the address of the ball. However, since women have a lower center of gravity, they can benefit from a wider stance. Women have a bigger hip turn and create more resistance during their swing.

The experts at LearnAboutGolf.com note that one of the side effects of a slower clubhead speed is that women tend to have a shallower angle on the ball at contact while men usually come through their swings more quickly and at a steeper angle.  Because of the shallow angle, women may struggle to lift the ball off the ground.

Club makers build more loft into women's clubs to compensate for this difference, and women's clubs may also have a wider sole and higher degree of bounce. This higher bounce helps the club glide across the ground rather than dig into it.

The 5 Ways Women Golfers Can Avoid Back Injuries

The most frequently injured body areas among female golfers were:

The two most common reported causes for injury by women golfers were: 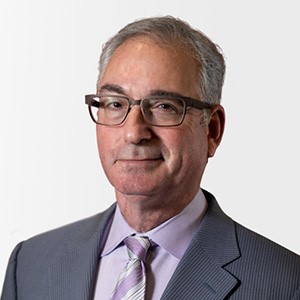 There are ways to avoid these injuries and Dr. Blumenthal suggests five things a woman can do.

#1 Warm Up and Cool Down

"All golfers – men and women – should make the time to warm up thoroughly before teeing up that first shot," he said. "Unfortunately, most people don't do this. However, stretching the arms, legs and especially the back muscles before hitting any golf balls – even those hit on the driving range – should occur every time. After the round, stretching to cool down will also help the golfer avoid muscle strains."

"Stronger core muscles can certainly benefit your golf game and help prevent pain," Dr. Blumenthal said. "While most think of the core as just the abdomen muscles, it includes every muscle except the arms and legs, and it is critical for avoiding injuries from a golf swing. Yoga exercises, especially planking, are great for building core strength."

"Faulty swing mechanics are the primary cause of injuries among amateur golfers," said Dr. Blumenthal. "Given the quality of instruction at almost any golf course, this should never be an issue. Having a golf pro observe one's swing and offer training to correct any mechanical problems will pay dividends far beyond the fees that are charged. Don't skimp on this advice. Your back will thank you later."

"This is another area that should be informed by a golf pro," he said. "Having the correct clubs – in terms of staff length, head size and composition material of the club – which is based on the golfer's height and style of play – is critical to getting the best and healthiest shots each time the ball is hit."

"Practice certainly makes perfect," Dr. Blumenthal said, "but too much practice and playing golf every day can result in repetitive stress on the spine, causing injury and pain. Even professional golfers, who are in great shape, take a few days off each week, and amateurs need even more time to allow muscles to repair themselves.

"By following these tips, you might not shoot par on every hole, but you will play better and have more fun!"

Are you a golfer who is experiencing back pain? Contact us for an appointment with a member of our medical staff.