Home > Blog > Archive >
All In The Family - Husband and Wife Undergo Joint Replacement And Get Back To Life, Together

All In The Family - Husband and Wife Undergo Joint Replacement And Get Back To Life, Together

Ron and Cora Wilkinson first heard of Dr. Hohman in the unlikeliest setting at the most perfect time.

They had just changed churches and joined a Life Group, where the man teaching was a vibrant 82-year-old retired insurance executive. As the couple got to know him, they discovered that he had just had a hip surgery a week and a half prior.

This struck Ron, who was just about to “pull the pin” and commit 3 to 4 months of his life to getting his own hip replaced. But here was a man just a week and a half after from hip surgery, who was already walking around and carrying on with his life. How?

Ron had to know -- especially after he had to miss dancing at his son’s wedding because of the intense pain his hip had put him through for too long. 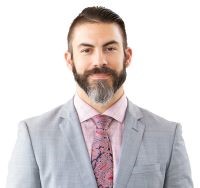 “I see patients daily who suffer from debilitating hip pain caused by osteoarthritis,” shared Dr. Hohman. “This disease affects more than 32.5 million adults in the US and when conservative treatment options fail to provide relief for them, hip replacement surgery can be a good option.  Hip replacement is a surgery where a diseased or damaged hip joint is removed and replaced with an artificial one.  It’s typically done to treat hip pain that interferes with activities of daily living.  When I met Mr. Wilkinson and we talked about his symptoms, how they were affecting his life and what his goals were, it was clear hip replacement surgery could help him. I was also confident Ron would be willing to put in the work both before and after surgery to ensure his hip replacement would be successful.”

“He was so factual and on time about everything,” Ron says. “He told me he’d replace my hip in the morning, have me walking by 2pm, and send me home the next day. I was walking at 1:30pm that day! He and all the people in the hospital were something else. He followed through, and we know just how great that hospital (THCDS) is. They were all just great.” 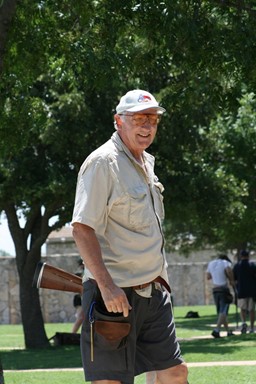 Ron’s experience led to a family chain of enthusiastic referrals after that. After that, Ron and Cora referred their own son Matt to meet with Dr. Hohman and ultimately get a knee replacement (read his story here!). Soon enough, it was Cora’s turn.

“I was really struggling -- I could not go see my very best friend because she lived upstairs,” the 81-year-old recalls. “I couldn't go up and down stairs. I had to take the handicap ramp at church, instead of the three little steps that it takes to get in the front door.”

Dr. Hohman had worked on one of Cora’s knees, and is getting ready to do the other one. But one was enough to confirm to Cora that this doctor was “the real deal.”

“When Mrs. Wilkinson and I met it was apparent her pain was so troublesome that she was forced to miss out on many of the activities she enjoys,” Dr. Hohman remembers.  Similar to hip replacement surgery, knee replacement is used to treat chronic, debilitating knee pain that disrupts a patients’ quality of life. “After our discussion, a physical exam and a review of her imaging studies, I was confident knee replacement surgery was going to be a good option that could get her back to doing the things she wanted, like visiting her best friend again.”

“Walking up and down the hallway, on the same day of surgery… it's just marvelous,” Cora says. “And I can go up and down stairs again.” 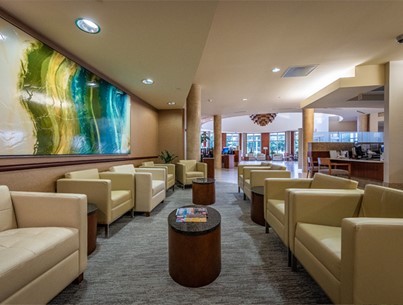 What also turned out being “the real deal” to Cora and Ron? The Texas Health Center for Diagnostics and Surgery (THCDS), where they’ve had each of their procedures done. The Joint Replacement Program at THCDS is completely centered around helping the patient be successful in their surgery.  This starts prior to surgery with each patient meeting with a joint replacement coordinator, going through specifically tailored education classes and post-surgical follow up.  This coupled with excellent surgical expertise and award-winning hospital staff helps set patients up for post-surgical success.

“They treat the patients like royalty,” Cora recalls. “They anticipate your needs. You don't ever have to even ask for anything because they're already doing it or helping you, and everybody in there is very positive and so pleasant. You just know that you're in great hands, and everything's going to be wonderful, because they make you feel that way. They make you feel very confident about your recovery. Even though I was afraid to walk down the hall because, I mean after all, I just got a new knee, they understood. But they encouraged me to give it a try, just being extremely encouraging and compassionate.”

Learn About the Joint Replacement Program at THCDS. 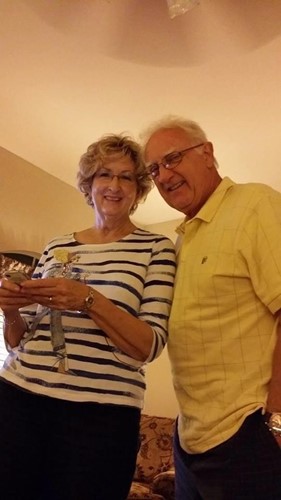 Both Ron and Cora felt comfortable and at peace not only with the doctor and the hospital -- but ultimately they found so much peace with surgeries that would give most people pause and concern, that they directed their own loved ones with enthusiasm to Dr. Hohman and THCDS.

Learn more about the award-winning services of THCDS and the physicians on the medical staff.